Last week was Women in Entrepreneurship Week in Alberta (Oct 18 -22).The platform nurtures, inspires, and energizes female founders around the world by offering inspiration and practical advice from female founders. The virtual event was hosted by Lethbridge College, where Indigenous entrepreneur Tawnya Plain Eagle attended.

She is from the Piikani Nation in southern Alberta. She was the keynote speaker at a virtual event  on Wednesday, Oct 20.

Plain Eagle graduated from Lethbridge College in 2016, followed by Mount Royal University where she earned  her Bachelor of Communications Degree in 2019. This March, the college asked her to speak to the students, which she has done from time to time. This time was different. Plain Eagle tells  about her virtual experience.

Plain Eagle transformed the Piikani Nation's local newsletter, Piikani Tsi Nii Ka Sin, in 2007 and in 2017, to a small newspaper and online news source. Three years later, in 2020, she launched 106.3 FM Piikani Nation Radio, and just had the station’s first birthday in September. She tells us about her career journey and about her cousin  who inspired her.

Plain Eagle says keeping up with everything is hard work, as she is single-handedly managing  all the tasks of the online news and radio station. But despite how busy it can be, she encourages other youth to go into the media.

“It was the passion that kept me going. I want to be able to share Indigenous [stories], [on a] safe platform …community reactions are rewarding. Inspire more youth younger than me to go into a career in media.”

The Blackfoot community really likes that they have a radio station, Plain Eagle says. They recently hired a couple DJs this year.

Plain Eagle says she feels discouraged sometimes but her community supports her. She looks forward to the future of the radio station and she says she is excited where this journey will take her.

She encourages women to keep speaking up and to keep striving forward.

“Be strong because a lot of the time, [and] I hate to say it, [you still] have to fight for equality when it comes to gender,” she says And one of the things that I don’t talk about much, I keep it to myself, was I was told once that I was argumentative. And that kind of bugged me a little bit and when I confided in close friends about that, you know, they had told me “well, I don’t think that these individuals are used to people challenging them.”

The Piikani Nation Radio can be listened to online or, if you’re in the area, at 106.3 on your FM dial.

Further information on the Women’s Entrepreneur Week can be found at the Alberta WEW website. 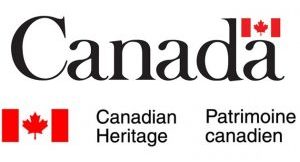