Along British Columbia's coast, and including the archipelago of Haida Gwaii, there is a thriving underwater forest. The canopy-forming kelps (or kelp forests) of British Columbia are so vast, in fact, that they are still being explored and mapped out. It's important to know how deep, lush, and healthy our kelp forest are as this information is critical to support decision-makers responsible for habitat management and conservation in Canada and on other continents as well.

Pamela Haasen, producer for CICK News in Smithers has created a podcast series of 7 episodes interviewing people who live, work, and protect the coast of British Columbia.

In this interview series, Pamela hits on the various aspects of coastal life with the aim to learn about seaweed and kelp and how they interact with a healthy coast, happier climate, and thriving communities. 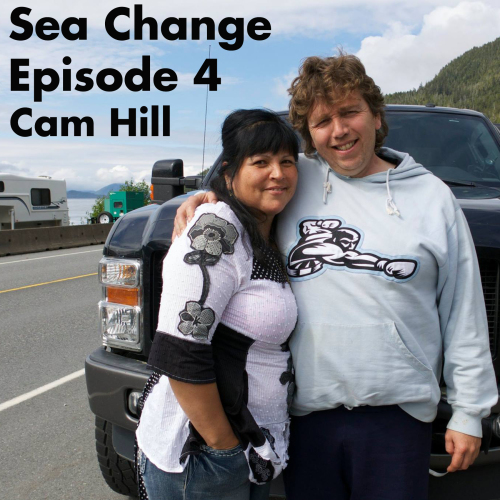 Eva and Cam Hill, both interviewed for Sea Change (Hartley Bay, BC).

Sea Change begins with an interview with Nancy J. Turner, a veritable bad-ass in the world of seaweed and kelp. Nancy has spent 50 years of her career as a botonist, ethnobotonist, ecologist, anthropologist and linguist studying, researching, and intimately knowing the relationship between people, plants, and language.

The series hums along with conversations from a filmmaker, food scientist and seaweed and kelp harvester from Haida Gwaii, Dafne Romero-Salazar, North Pacific Kelp.

Episode three warms the cockles of your heart with stories and a history lesson from "The Godfather of Kelp Cultivation" Louis Druehl. Druehl mentored Romero-Salazar, and has been a staple of Canadian kelp conversations for decades. He is a botonist and professor emeritus at Simon Fraser University and has even had a type of kelp named after him.

We slow down a little bit and look at the effects of communities with two interviews from Txalgiuw (Hartley Bay, BC), an Indigenous community located at the mouth of Douglas Channel, about 630 kilometres (390 mi) north of Vancouver and 145 kilometres (90 mi) south of Prince Rupert. Episode four is Pamela's conversation with Cam Hill. Hill is the principal of Hartley Bay School, a fisher, climate activist, father, and husband. Hill has lived his entire life in Hartley Bay eating and living on the water. In this episode we learn about seaweed camps and the harbingers of environmental decline to pay attention to when you live on the ocean.

The following clip is a promotional ad for Sea Change for CICK Smithers Community Radio.