The first Privateer Days to be held in Liverpool since the start of the pandemic is barely in the books and already organizers are looking ahead to next year.

Chair of the Privateer Days commission Ashley Whynot wants feedback from the public to learn what they can do better.

For example, Whynot says they’ve already noted the need for more first-aid stations and better locations for some of the washroom facilities.

She says one of the successes for this year’s festival was the shift towards family-focused activities.

Organizers decided to do away with the waterfront beer tent to provide a place for young people to gather in the evening and to nudge adults into local licensed establishments.

Instead, the entertainment tent featured live music all day and was turned over in the evening for a teen dance hosted by the Liverpool Junior Firefighters.

“And there were kids in there screaming and laughing and doing cartwheels and running around outside in the field. They were having such a good time and I have never seen children stay out, during Privateer Days, that late,” said Whynot. 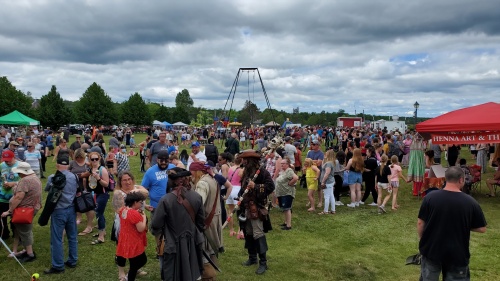 Looking ahead she says the commission will take a few days to catch their breath but plan on being more active and present in the community throughout the year.

“We would also look to do a few little fundraisers to kind of, keep our name out there, keep the community engaged with us, bring in some more funds to see what other new and exciting vendors or entertainment or what-have-you we can bring in next year,” said Whynot. “And we’re always looking for more volunteers.”

Anyone wishing to get involved with Privateer Days can contact Whynot or the commission through their Facebook page.

Download Audio
PrevPrevious PostTravelling documentary filmmaker on Cortes Island looking to make videos on alternative dwellings
Next Post‘I wanted to make sure that I wasn’t quiet’: Student plans protest in response to US Supreme Court decision on abortionNext
News by Radio Station