Nova Scotians have elected a Progressive Conservative (PC) government for the first time in over a decade.

Kim Masland was reelected to represent the restored riding of Queens in the provincial general election.

She will join the rest of her caucus in moving from the opposition benches to the government side of the legislature.

Throughout the campaign, the PCs hammered the Liberal government’s record on healthcare.

Masland says access to doctors and paramedics was the top issue she heard on the doorsteps.

“People are tired of Liberals not listening and acknowledging the crisis that we’re in. We see that with our health care professionals. It’s great to talk about recruiting but if we can’t retain, we’re in trouble and we are in trouble now as a province. This is a strong message that has been sent that people want change and change is coming,” said Masland. 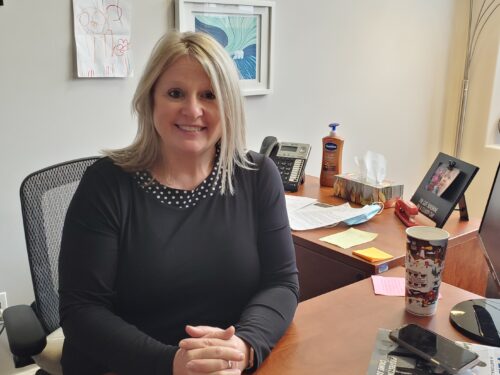 Tim Houston led the PCs to a majority government for the first time since 2009.

Masland says the PCs began releasing their plans to address issues such as long-term care and doctor retention over a year ago, giving Nova Scotians time to absorb the direction her party plans to take the province.

“When we see the large turnout in advanced polls and continuous polls, that’s a sign that people are looking for change.”

Masland says an election campaign can be quite challenging at times and she’s humbled the residents of Queens have once again put their trust in her to be their representative in the legislature.

“When you knock on someone’s door and they immediately say to you that we’re so grateful for what you have done for us the last four years, it gives you that push to keep going, to make sure that you are successful, that you can continue to be the voice for the people that I want to represent,” said Masland. “Hearing that on the doorsteps was certainly great and it made the campaign much easier than what a campaign would be.”

Counting of advanced ballots was suspended at midnight with the PCs winning or leading in 31 ridings, the Liberals in 17, the NDP in six and former PC MLA Elizabeth Smith-McCrossin leading as an independent in the riding of Cumberland North.

Elections Nova Scotia will resume counting ballots in that riding and the ridings of Halifax Chebucto and Halifax Citadel-Sable Island at 10 a.m. Wednesday.