One of the most renowned pipe organ players in the world is making his home in Queens because of a mosquito bite.

Xaver Varnus was searching online for a church to buy when a mosquito bit his hand.

While swatting it, he moved the cursor away from the Ontario map he had been looking at and had the good fortune to land in Brooklyn, Nova Scotia.

“And I just realized that in Nova Scotia, there’s a huge beautiful, building, it’s a church with amazing acoustics,” said Varnus. “ So finally I said, this is the mosquito of God.”

That building is the former Pilgram United Church in Brooklyn.

Varnus says he was drawn to the church because of its location and all wood construction.

“Some of the new churches, which is made by [with] dry-wall, actually the acoustic is very dry, like a carpet store, it’s terrible. But somehow the wood church, even if small, has a very rare, very unique acoustic,” said Varnus. 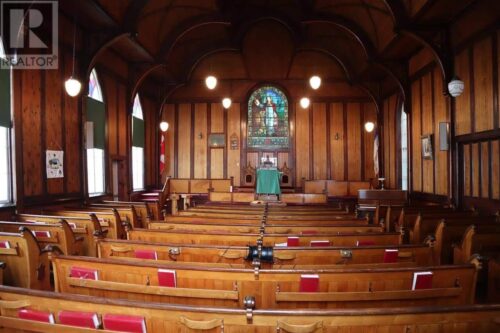 He is renovating the parish house as his home and is making some upgrades to the church itself.

Still the church was missing one key feature and that’s a pipe organ.

He quickly set about looking for one and as luck would have it, the First Baptist Church in Truro had posted theirs for sale.

Not only was an organ available locally, but, it fit the Brooklyn church perfectly.

Some of the 3,000 pipes that make up the new pipe organ. Photo credit: Xaver Varnus

Varnus hired Colin Walsh and his team to dissemble, transport and reassemble the pipe organ.

The crew have moved the organ from Truro and have been putting it back together in its new home all week.

Varnus estimates it should be in place and operational before the end of the month.

He has been overwhelmed by the reception from the people in his new home. Since arriving in Brooklyn from Ontario, he had to follow the COVID-19 quarantine protocols. He says once he was finished his isolation, his neighbours , curious about the church’s new owner, have been bringing him food and gifts to welcome him to the community.

He intends to return that kindness by treating them to a short concert program of Bach once the pipe organ is installed, and according to Varnus, the best tea they’ve ever had.

That will be the first of many performances Varnus has in mind as he plans to put both the organ and his phone book to good use.

Over the years he has become friends with musicians from around the globe and he will be inviting many of them to visit Brooklyn.

Despite the massive renovations, for Varnus, owning an independent church with it’s own great pipe organ is a dream come true.

He says even when he falls to sleep at night exhausted he wakes with a burst of energy, eager to experience another day.

“What is the only difference between me and most of the other organists at age,” said Varnus. “I think God made a mistake and he put three more batteries in my back.”