Editor's note: This story is presented by Max Thaysen who is the president of the Friends of Cortes Island board of directors.

The Friends of Cortes Island Society (FOCI) held its annual general meeting on Nov. 18 and there were 16 people in attendance.

The meeting was hosted by Max Thaysen, president of the board of directors, and much of the presentation was given by Helen Hall, FOCI’s executive director.

In the executive director’s report, Helen Hall gave a summary of the past years’ activities.  A written version is available on their website, friendsofcortes.org. 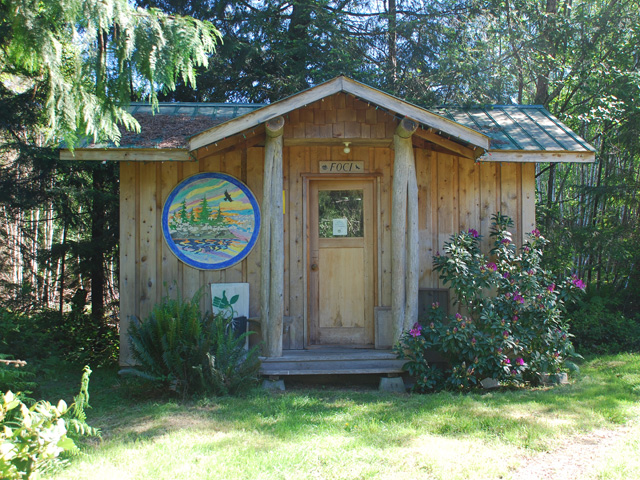 Helen reported that while COVID-19 did impact the organization’s ability to run some events that were planned, and limited their fundraising abilities, it was overall a successful year.

The contract to provide maintenance for Strathcona Regional District parks was renewed for four years in 2020.

FOCI worked with BC Parks to assess and mitigate erosion issues in Manson’s Landing provincial park, including relocating the rock barrier and pulling scotch broom.

A new forage fish monitoring project was established by Sabine Leader-Mense and will continue into 2021. Sabina is FOCI’s project leader for the marine stewardship department. The project seeks sand lance and surf smelt eggs in the sand primarily at manson’s spit and smelt bay. The project is part of a coordinated effort around the Georgia Strait. Volunteers working on Cortes identified Manson’s spit as the highest density of spawning sand lance of any site assessed in the straight.

Sabina also continued with her partner, Dennis, to conduct sub-tidal dive surveys of marine ecosystems, and will be preparing a report on this in the near future.

Also in Marine Stewardship, foreshore monitoring of tidal plants and algae continued as it has for 25 years. But this year saw the contribution of the 25 years of data to a central repository, the Strait of Georgia Data Centre.

A full report from Sabina can be downloaded from the FOCI website, friendsofcortes.org.

In the FOCI streamkeepers department, Helen reported that teams of volunteers monitored salmon runs this past fall.

Salmon were hatched and reared in the Cortes Island School, with support from FOCI streamkeepers, and then released in Hansen Creek.

Youth were brought out to salmon spawning locations and invited to try out creek-walking and salmon counting.

And a spawning habitat restoration project was carried out in James creek this year. In September, 9,000 lbs were moved by wheelbarrow and zip-line down to the creek bed to replace gravel that had been removed by out-dated logging practices. The project is expected to continue over the coming years, with the goal of depositing another 36,000 lbs of gravel.

For lakes, FOCI reports that monthly water quality monitoring continued in Hague and Gunflint lakes in 2020. And a wetland creation project is pending for lower Dillon Creek, so catch nutrients and create habitat.

FOCI hosted two efforts to monitor species at risk this past year, watching for Great Blue Herons and Northern Goshawks.

Humans were reminded again this year to watch for migrating newts on the roadways. The effort took the form of signs on the road-sides and public education.

The school garden also continued to thrive this past year, teaching kids about growing food and providing nourishment to students.

FOCI provided education and nature connection in 2020, in partnership with FOLK U, a local literacy initiative.

Helen presented to the members, the financial snapshot of the organization. This is also available on their website.

FOCI gives out an award each year for outstanding contributions in the community to environmental concerns.  This Jo Anne Green award was awarded to Sonya Freisen for her work defending forests, and fighting for transportation alternatives to the single occupant vehicle.

The members elected, to the board of directors, for 2021:  Kai Harvey, Arlene Tompkins, Chris Cooke, Autumn Barett-Morgan.  The members re-elected Miranda Cross and Max Thaysen.  And Elizabeth Anderson is serving the second year of a two-year term.

The Society, known by locals as :FOCI", has been a charity since 1990. The mission is to monitor and preserve the health of local ecosystems, and to provide educational programs that foster a greater understanding of the natural environment.