There was a COVID-19 outbreak at the Discovery Harbour Care Centre in Campbell River, where a staff person tested positive on Thursday, Nov. 19. 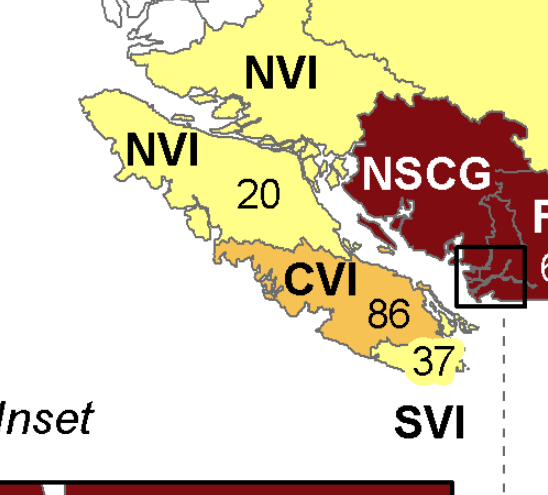 A cropped image showing new cases within Island Health in the two weeks between Nov. 6-19. Photo courtesy BC Centre for Disease Control.

“At this time, no residents are experiencing symptoms. Communication with residents and families is underway. Discovery Harbour is owned and operated by Park Place Seniors Living. The staff member who tested positive is self-isolating at home. The outbreak is limited to one neighbourhood within the facility. Admissions, transfers and visitation to the entire site have been stopped.”

Enhanced cleaning and infection control measures are now in place and all staff and residents are being screened twice a day.

There are no outbreaks currently listed in any other North Vancouver Island care facilities, or schools. 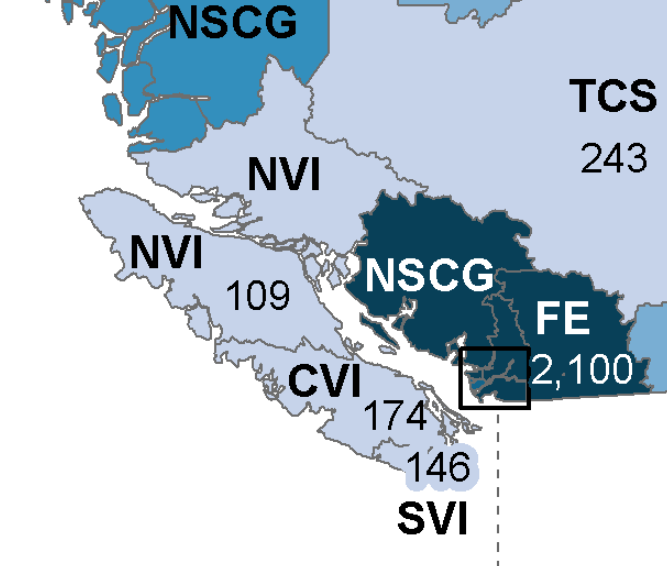 Cases to date as of Nov. 19. Photo courtesy of the BC Centre for Disease Control.

In response to the Province’s November 19th public health order, the city of Campbell River now requires employees and visitors over two years old to wear a mask covering their nose and mouth in all public and common spaces within City facilities. High intensity fitness activities, including Spin and Tabata, have been cancelled. No spectators are permitted at indoor or outdoor sporting events or practices. No outdoor or indoor social bookings or rentals are available.

“We urge everyone to do their part to reduce the spread of COVID-19 and appreciate people’s patience and cooperation as we adjust our service levels to comply with evolving public health requirements,” said City Manager Deborah Sargent.

The BC Centre for Disease Control reported 20 new COVID-19 cases in North Vancouver Island in the two weeks between Nov. 6-19.

Some of these people have already recovered because the Island Health Dashboard only shows 12 active cases yesterday.

As of yesterday, there were 85 active cases in Central Vancouver island. The vast majority were in private residences, whose locations are not made public,

On Wednesday, a second case was reported at Tsawaayuus Rainbow Gardens long-term care home in Port Alberni. One of the staff members tested positive on Monday. Now one of the residents deemed to be a close contact has also  tested positive.

Some of this data is close to two weeks old, after which it will be removed from Island Health’s exposure page. 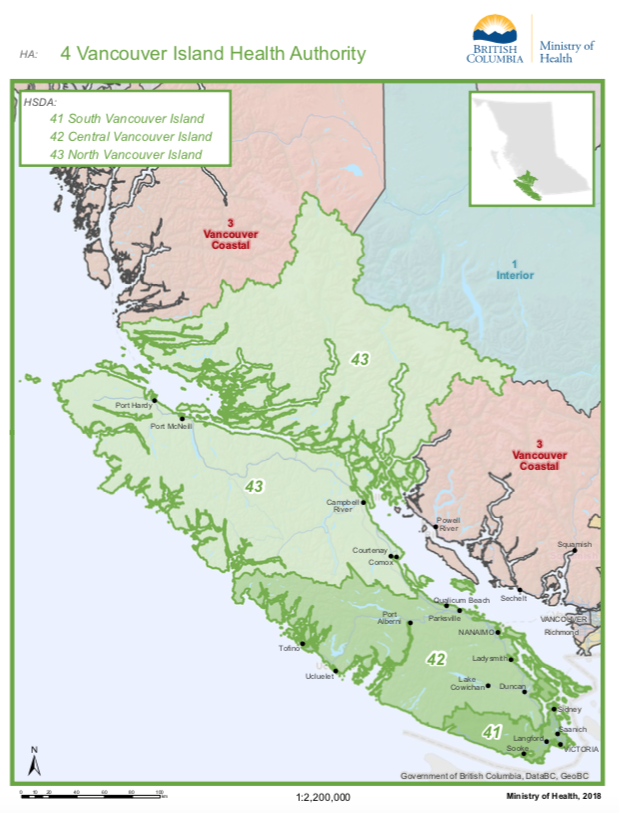 The three districts within Vancouver Island Health Authority. Photo courtesy the BC Government.

There are currently 128 active cases throughout  Vancouver Island. As of 4:30 PM Friday, three of these have been hospitalized and one was admitted to intensive care. Close to three quarters of the island’s residents infected, since the pandemic began, have now recovered.

The most recent British Columbia COVID-19 Situation Report says that while the majority (55 per cent) of infected people are between 20 and 49 years old, about two-thirds of the deaths are associated with a care facility outbreak and 84 per cent (255) were people 70+ years old.