Brittany Bruce worked as a addictions counselor for 5 years in Alberta before making the move to Ontario. She is currently pursuing her Masters of Social Work at Wilfrid Laurier University and works for a supportive housing agency in Hamilton. She speaks with CJRU about the realities of social work in the time of COVID-19 and the unintended consequences of CERB repayments that could push clients like hers further into poverty.

Bruce currently operates a private practice, Bee Positive Counselling, and offers support to tenants in Hamilton’s affordable housing communities. She explains that her building in particular is home to tenants that require high-support and it's becoming difficult to meet their needs within the COVID-19 restrictions. Tenants in her building are often navigating substance use disorders or developmental disabilities and a lack of formal support can be an added stressor during an already difficult time.

“A lot of people have not been able to maintain meaningful relationships with their current supports. Some people have them [counselling sessions] over the phone but that’s really difficult to maintain. A big part of assessing our specific clients is seeing them physically and assessing how they’re doing, so that piece has been missing,” Bruce explains.

Bruce says almost all of the tenants are receiving income support from the Ontario Disability Support Program (ODSP) which is often criticized for not meeting the financial needs of its recipients. A single person with disabilities can receive a maximum of $1169 monthly on ODSP which is about half of a CERB monthly payment. Since ODSP cheques are predictable and inadequate, Bruce was surprised to see greater spending in the spring. Bruce says tenants were contributing more to their savings program, making larger purchases, and unfortunately there were more overdoses and deaths too. Eventually, it became clear that tenants were accessing CERB when they didn’t qualify. ODSP caught on to this too and began reducing their amount of income support. 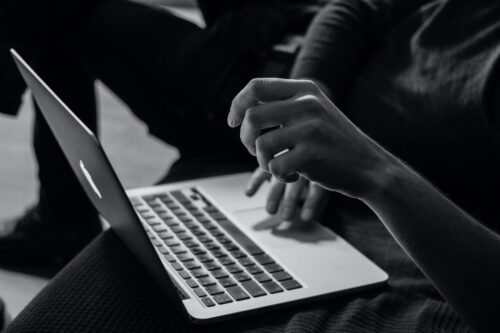 By the time everyone came to this realization, tenants had already collected multiple cheques and folks like Bruce weren’t sure how to support their clients through this unprecedented time. Bruce explains that this scenario was not unique to her community of tenants and expressed frustration around the lack of direction from government bodies. Eventually they learned that there would be no penalties for Canadians that accessed CERB without qualifying, but they would be expected to repay the funds. For many of the tenants in Brittany’s building this is a big ask and one that they likely can't fulfill. Even if they were on a payback plan with the Canada Revenue Agency, Brittany says it would push people further into poverty.

Bruce says the federal government did not do enough to protect vulnerable populations from accessing CERB. While the press conferences and online messaging was enough for some, Bruce says the CERB rollout didn’t account for all Canadians. While the lack of screening made funds available immediately, these are the unintended consequences of CERB’s application process. She says the government likely made the assumption that social workers would be relaying eligibility information to their community, but she says that is an near-impossible task. The reality is that tenants have not been engaging with their supports in the same way as before. Instead, a lot of CERB information (and misinformation) was being shared among social circles. Bruce stresses that these are not people trying to game the system, they process information differently and they shouldn’t be demonized for their mistakes.

She says this could have been avoided if the online application for CERB had enough restrictions to protect these groups. Bruce thinks that the best thing for the federal government to do now is be lenient with CERB repayments. She explains that the government should reflect on whether this is truly fraud or a flaw in CERB’s design. She also hopes that the provincial government realizes that so many ODSP recipients were accessing CERB because it is so difficult to live on ODSP alone. She says many people weren't using the money for extravagant purchases, they were simply trying to survive during the pandemic. She worries that forcing repayments from tenants in affordable housing or similar circumstances will ultimately lead to more homelessness.

“Fraud to me, is usually a lot more intentional, from people that are highly-educated and know exactly what they’re doing. But this being labelled as fraud? Really, its somebody wanting to be okay and take care of themselves,” Bruce says.

Bruce also worries for people that are not living in affordable housing or social-services based programs. She says the staff that oversee affordable housing communities are more understanding of these situations, but what about other landlords or employers? What happens when other members of the community aren’t aware of these nuances? While CERB has come to an end after 7 months, Bruce says the impact on some Canadians has only just begun.

Hear more from Brittany Bruce in the interview below.