Premier Iain Rankin was in Lunenburg to share the news the province will provide $1 million annually to fund the five spaces at Fisherman’s Memorial Hospital in Lunenburg.

The new unit will provide team-based palliative care, including end-of-life care, symptom management and support for patients and families from across Queens and Lunenburg counties.

Existing beds at the hospital will be converted into home-like environments.

The province will pick up the tab for equipment and furnishings and additional staff requirements.

Chair of the South Shore Hospice Palliative Care Society Trudy Johnson says the new beds will provide dignity at the end of life.

“I guess I’ll describe it as a giant hug,” said Johnson. “You know, you have people embracing you at your end of life and being able to be with you with dignity and comfort and care and knowing that they love you.” 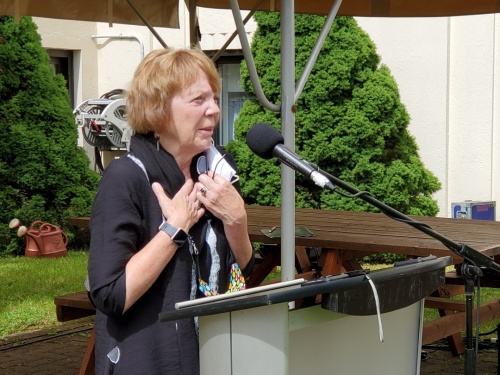 The new unit is set to open this fall.

The new funding announcement is the latest in a string from Premier Rankin, leading many to believe an election call is imminent.

Wednesday’s announcement was overshadowed by news of the blockade that has been erected at the New Brunswick – Nova Scotia border.

Protestors blocking the Trans-Canada Highway into Nova Scotia are reacting to last minute changes to quarantine requirements for anyone entering this province from New Brunswick.

The premier announced Tuesday people coming from New Brunswick may have to quarantine up to 14 days based on the number of vaccines they have received and testing.

Protestors are frustrated restrictions weren’t lifted for travellers from New Brunswick the same as they were for people coming from Prince Edward Island or Newfoundland and Labrador.

Rankin has a message to those blockading the highway.

“Think about all the families in Nova Scotia. I have a duty to look out for safety and everyone’s lives,” said Rankin. “We just lost two Nova Scotians yesterday. One had one shot of vaccine. I need to trust the advise of public health that we need one more week.”

At a press conference late Wednesday afternoon, PC Leader Tim Houston said he has been in touch with New Brunswick Premier Blaine Higgs about the blockade

“I urge the premier to do the same thing. To have those discussions, get everyone to the table and open up the border. But the blockade must end. Goods and services have to be able to flow, families have to be reunited and out products have to move, so end the blockades now,” said Houston. 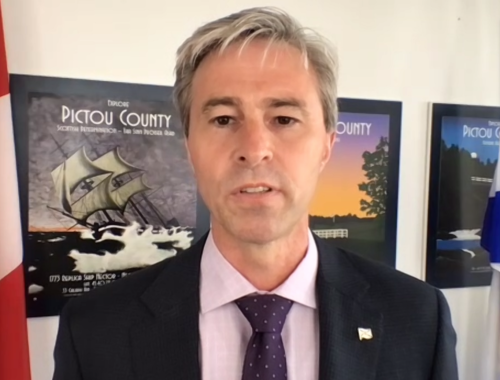 For his part, the premier is once again calling on Nova Scotians to put their faith in the people who have kept them safe throughout the pandemic.

“Support public health and support the safety of Nova Scotians for one week and then we’re in a much different place,” said Rankin. “We’ll have thousands of more people with their second dose. Let’s give public health the confidence we have for five months.”