Cruising the downtown streets of Halifax, the solar-powered pub crawl also includes 2-3 stops for its riders.

Party bikes or pedal pubs, have been operating in Europe for over a decade, and first arrived to the United States a couple of years ago. 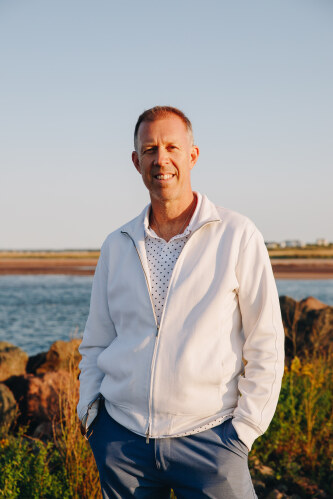 Ride Solar co-owner Steve Arnold said they brought 2 pedal buses from Europe and have been operating them since 2019. Photo contributed.

Ride Solar co-owner Steve Arnold said they brought two pedal buses from Europe and have been operating them since 2019. One is operating in downtown Halifax, while the other is in Charlottetown.

"They are solar powered in the sense that the bike still needs people to pedal. But we have an electric pedal assist motor on each bike that runs off of batteries, and the solar panels on the roof to help charge up the batteries."

The idea first initially started as a vision for a solar powered dinner cruise and tour boat in Charlottetown, Prince Edward Island.

Ride Solar bought a 1967 heritage vessel boat from Montreal's Expo 67, and they have been restoring and repairing that boat for the last six and a half years.

While they waited for repairs on the boat, which will be launching in few weeks in Charlottetown, they decided to also invest in two pedal pubs. 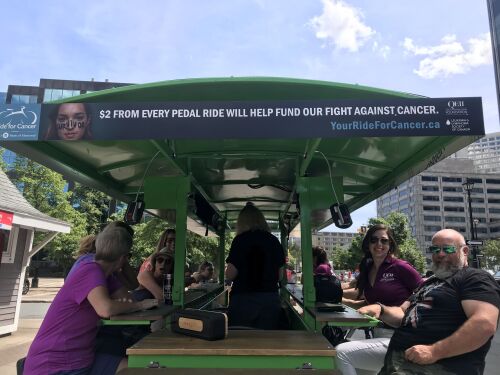 Both bikes in Halifax and Charlottetown support different charities. $1 from every passenger on every tour in Halifax goes to the QEII. Photo contributed.

Both bikes in Halifax and Charlottetown support different charities.

By not having gasoline or relying on fossil fuels and releasing a large number of co2, Arnold said the impact is significant on Halifax's environment.

"You could do the math there that's around 1,000 hours of non-fossil fuel burning activities. Suffice it to say it will be tons of CO2 that we're not emitting into the air.  The same concept with our boat, not only will we be saving the air environment, but we also won't be polluting the waterways, which is nice for the aqualife."

The bus also comes with its own designated driver.

"The idea is that you can get out with with a group of people and friends or coworkers, play your music, have fun by being together. And of course, having a few drinks and eating some great food along the way." 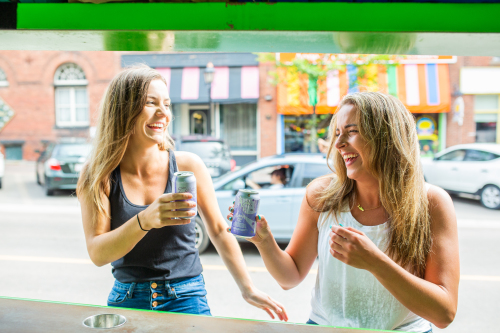 With 1.2 kilowatts of solar panels on the roof, and a designated driver, riders can enjoy drinks and food while touring Halifax. Photo contributed.

The current initiative that Ride Solar is working on is getting a solar powered boat here in Halifax, and another party pedal bus in Charlottetown.

The Halifax bike tour starts and ends at the Salt Yard, near Halifax's waterfront. 14 passengers can ride at a time, and the tours are operating from the first of May to the end of October.

Tour destinations and stops can be found on their website. 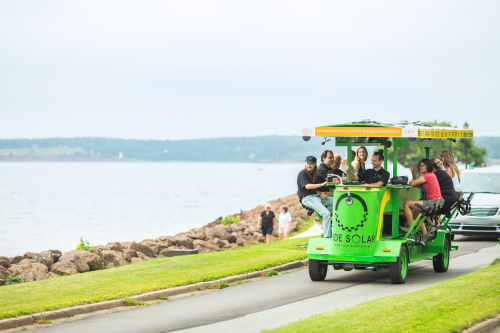 The Halifax bike tour starts and ends at the Salt Yard, near Halifax's waterfront. 14 passengers can ride at a time, and the tours are operating from the first of May to the end of October. Photo contributed.