During Tuesday’s meeting, Region of Queens council voted to sell 11 acres of land adjacent to Highway 103 and the Best Western to the Queens Care Building Society. Over the course of an hour, members of the society outlined plans for the new provincially funded, 112 bed facility.

The society stressed the need to secure land to keep the process moving on a timeline that will see a replacement for Queens Manor and Hillsview Acres in place before Labour Day of 2025.

Region of Queens Mayor Darlene Norman was enthusiastic in praising her fellow councillors for their unity on this project.

“I am so proud of the council of the Region of Queens who were unanimous in this decision,” said Norman.

The mayor says the 479,000 square feet of land will be sold at $2 a square foot, with the Region receiving around $960,000 with the money being reinvested into the development of the new site.

“That million dollars will be for infrastructure and improvements to all the lands at Queens Crossing,” said Norman. 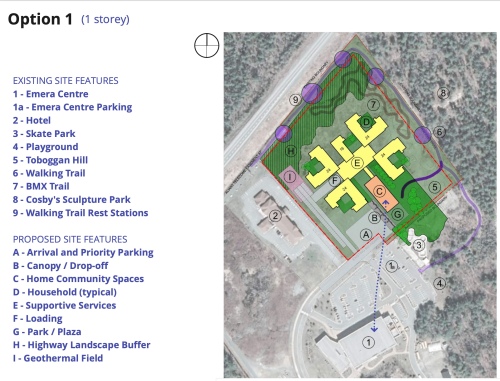 The land around Queens Place Emera Centre has been tied to a couple of high-profile projects in recent months.

The site was the unanimous choice of the library steering committee to replace the Thomas Raddall Library before the idea was rejected by council.

The Queens Community Aquatic Society is also looking at the location to build a new pool, and construction of the new universally designed play park is currently underway.

Norman says residents of Queens will see the benefit of selling the land and securing the site for the new long-term care facility for years to come.

“And all of those things need infrastructure and money because they will belong to the Region,” said Norman. “This is a good start at developing the infrastructure for other future projects.”

Norman says building the new long-term care facility next to Queens Place means residents will be integrated into the community in which they live.

And while the province is footing the bill for the facility, the Region will continue to offer whatever technical and administrative help the Queens Care Building Society may need to see this project through to completion.