The Whaletown post office continues to serve northwest Cortes Island thanks to community efforts over the last two years.

In 2019, the land that housed the 70-year-old-building changed hands. The new owners did not want a commercial operation on their grounds, and a call went out to the community to save the much-loved little structure. 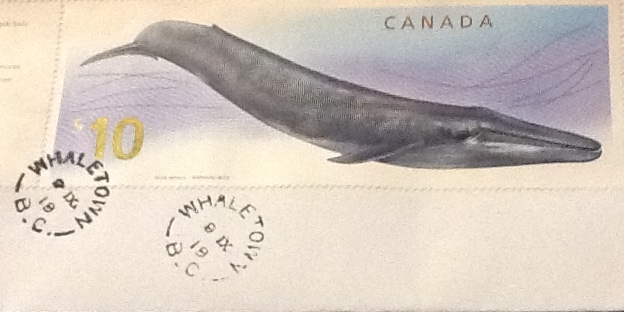 Whaletown post office old-fashioned hand stamps are an echo of the past. Photo by Karen Lee.

Whaletown resident Karen Lee, who has fond memories of coming to get mail from the very same building as a young child, recalls that a committee was formed, and various options considered before the Whaletown Community Club agreed to host the post office at the edge of the parking lot for the Gorge Hall community center.

In early March 2020, a team of volunteers (including Lee and her husband Rod), with some providing crucial skills for the job placed the building onto a trailer, and it was moved to its new location in the dark of early morning so as to avoid road traffic. Lee said some alder trees had to be felled before the site was ready.

It took until January this year to outfit the building with internet service and a landline, returning the post office to a fully functioning incoming-and-outgoing mail center. According to Nicole Lecompte, media relations staff for Canada Post, the post office serves over 170 addresses.

Ongoing community help and fundraising was accomplished through donations as well as several initiatives including a hat raffle of wool hats made by 10 local knitters, an oak tree sale, sale of the old mail boxes and many hours of paid and volunteer labour.

Although the tiny Whaletown post office had to leave its long-accustomed grounds on a picturesque bay near the Whaletown government wharf, Lee said it is well suited to its new location.

"It just sort of nestled in by the Gorge Hall beautifully. It looks like it's been there forever," she said.

She also mentioned that internal renovations to better insulate the building for the coming winter were nearly finished.

"It just has to go in stages, because you have to be very mindful of mail days."

Listen to the CKTZ News update below: