Nisa Homes partnered with The Ummah Society, a national non-profit charity, to open the shelter to serve the Muslim community in the region.

Nisa Homes Program Director Yasmine Youssef said she has been working on this project since before the COVID-19 pandemic started and that this house marks their 9th location opening across Canada.

"We see the changing demographics when we look at Canada. We see the increased numbers when it comes to immigration, especially in a city like Halifax and a province like Nova Scotia. They are doing a lot to try and attract more immigrants and newcomers and there's a need for them. But at the same time, when we are accepting and welcoming them, we need to make sure that our services and infrastructure is there to support them," said Youssef. 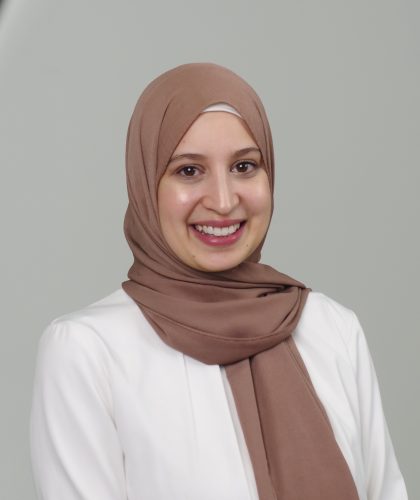 Youssef said that domestic violence statistics have increased since the pandemic and that the centre saw a need for additional housing for women and children escaping abusive relationships.

The Nisa Homes shelter in Halifax can facilitate up to 12 women and children, who can stay for three months at a time. The home is funded by community donations. During those three months, the shelter works with clients in helping them find a job, locate housing, assist them with their mental and emotional state as well as provide counselors to women and children in need.

"We're primarily catered towards immigrant refugee non-status, or Muslim women and children. So we do prioritize them. However, if we do have space, and we do have a client that doesn't fall under one of these categories, we will for sure, help them," added Youssef.

She explained that this specific population is a priority for services, as they are more likely to struggle due to being new to the country, experiencing language barriers, having challenges understanding the system, and being afraid of deportation or experiencing immigration issues.

"Unfortunately, hate crimes and Islamophobia are on the rise. So that does prevent a lot of women from reaching out for help. So the goal is that we make it available to them, but it's open to anyone."

Youssef said that regardless of the demographic being targeted, the main issue is that housing is not affordable and there aren't enough shelter spaces to accommodate folks in need.

"There's very little income security and little job security right now. When you start to look at women that are marginalized, or women that maybe don't have citizenship or have precarious status, or women with disabilities, or are racialized or visible minorities, then you start to see those numbers increasing even more, unfortunately."

The location of the transition house is kept secret to protect the individuals living there. However, Youssef said they are in a vicinity with easy access to schools, pharmacies, transit and other facilities.

She added that the goal was to help women escaping abusive relationships be self-sufficient and independent.

"We did some research with our previous clients and found that around 85 per cent of women that come to Nissa homes end up becoming self-sufficient and independent within a year of coming to us. The vast majority are able to get back on their feet and are able to support themselves and don't go back to their abusers."

She noted that the process of leaving an abusive relationship is a difficult journey.

"It's not so simple, we've had clients that have come to us and gone back and then come again, it's a journey. It's very hard to even quantify or keep track of that. Because even afterwards, sometimes they move out and then end up going back to their abuser," explained Youssef.

Youssef said her goal is to be more proactive and raise awareness in the community in hopes that one day a transition house will not be needed.