Parents of infants in Queens have a childcare option for the very first time.

The Queens Daycare Association officially opened their infant care centre for children as young as four months old on Tuesday.

Chair of the association’s board of directors Scott Christian says he knows from personal experience how essential the service will be for families who are new to Queens.

“I’m new to the community, I’ve only lived here for five years and I asked people, where do infants go? Where does your baby go when you needed to go back to work? It’s largely, that gap is filled by grandma or an aunt or uncle or a close family friend. But outside of that there’s really no opportunities,” said Christian.

The association began applying for grants in 2017 to build the $400,000 infant care facility. 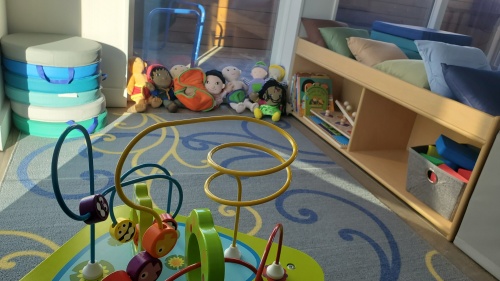 Toys wait for kids in the new play area at the Queens Daycare. Photo by Ed Halverson.

Already, three of the eight available infant spaces are filled and Christian expects now that the doors are open the remaining spots will be snapped up.

Queens Daycare Association is also licensed to provide care for 42 children in their afterschool, toddler and pre-school programs and there are almost another 40 on a waitlist to get in.

Christian says the need for licensed childcare in Queens is obvious.

“There were other facilities in the community who got out of it because of how challenging it is to be solvent. There’s really no opportunity for for-profit childcare in rural communities, so it’s up to non-profits like ours in the charitable sector to step in,” said Christian. 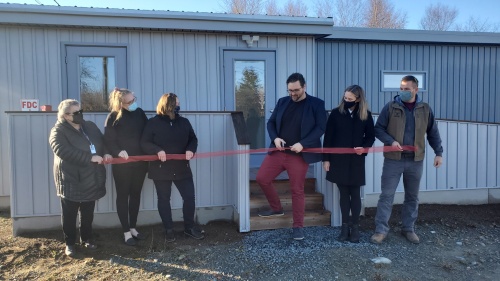 Scott Christian (center) cuts the ribbon to officially open the centre as board members and invited guests look on. Photo by Ed Halverson.

The proverbial paint is barely dry and already Christian says the association is looking to expand.

“We are the sole provider of licensed childcare in the community and with a waitlist like that and with the demographic trends, with so many new families moving to the area and properties being bought up, and whatnot, we know that there’s just going to be an increase in need for it.”