A 2014 study estimates there are more than 5 trillion pieces of plastic floating in the ocean. There is also a great deal of polystyrene. These are two of the most prevalent types of ocean debris washing up on our beaches. The Ocean Legacy Foundation decided to do something about it and partnered with the qathet Regional District to open up BC’s first Ocean Plastic Depot in Powell River. 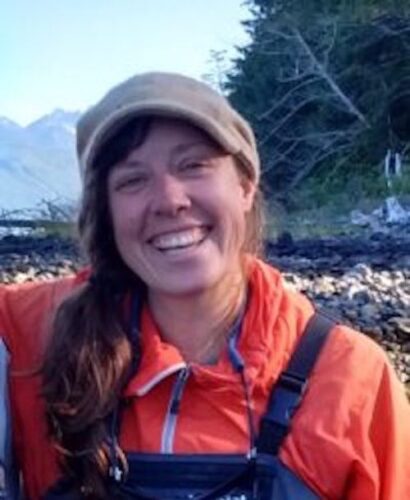 “The $8.3 million Sustainable Fisheries Solutions and Retrieval Support Contribution Program, known as the Ghost Gear Fund will fund 22 projects in Canada and four internationally over the next two years. All projects fall into at least one of four categories: gear retrieval, responsible disposal, acquisition and piloting of available gear technology, and international leadership.” – press release from Fisheries and Oceans (DFO) Canada.

“The Ocean Legacy Foundation was successful in getting some funding. We partnered with them and that is how this Ocean Plastic Depot came into being. It’s really a vision of the Ocean Legacy Foundation. They want to have these satellite depots all up and down the coast, so there is a place to bring the material for recycling, and not just disposal, when [beach] clean-up efforts happen. This is the first depot in BC and, I believe, in Canada. … A second one has just been installed in Tofino,” said McLennan.

She added, “We had an almost full forty foot shipping container full before our opening day.”

The depot did not open until the end of October, but beach clean-ups are usually a summer activity. So as people started hearing about the project, they contacted McLennan and she let them use the facility.

“We were just waiting for some signage and finishing touches … We are just starting to publicize it now. We have some extra funding from the DFO Ocean Legacy Partnership for another year, so until the fall of 2021,” she explained.

“It covers all disposal costs and all associated recycling fees. Which is significant for us in Powell River because we need to ship everything to the Lower Mainland. We are hoping to ship out forty 40 foot trailer loads of debris this year.”

What happens to the  Debris?

Styrofoam is melted down into ingots and recycled.

They will only use a portion of marine styrofoam because the quality is lesser, as a result of being exposed to the elements.

Lush cosmetics uses a little under 10% beach plastic in the black pots they use for packaging.

Ocean Legacy is researching the possibility of converting ocean plastic into a marine fuel that can be used in their boats.

McLennan believes that the hard plastics could be 100% recyclable.

This is the first of a series of two interviews with Abby McLennan from Let’s Talk Trash in Powell River. Let’s Talk Trash is both an hour long monthly radio program broadcast over Power River Community Radio, CJMP 90.1 FM, and, since 2011, also the qathet Regional District’s Waste Reduction Education Program.

The quathet Regional District stretches from the ferry terminal at Saltry Bay, north along the coast to Toba Inlet. Hernando, Texada, Savary, and Lasqueti islands are all within its boundaries. More than 65% of the inhabitants live in Powell River (2016 pop: 13,157).

Savary Island, the village of Lund and smoke from the mill at Powell River can all be seen from the eastern shore of Cortes Island. They are also within the broadcast area of Cortes Radio, CKTZ, 89.5 FM.