The City of Vancouver is gaining accolades from advocates and activists who have more often been at loggerheads with sluggish governments at every level when it comes to the century-long war on drugs.

That's because this week city council voted unanimously to request a legal exemption from the federal government on illicit drug possession which, if approved by Ottawa, would make Vancouver the first jurisdiction to decriminalize drugs.

"There was a lot of work done by folks from the community," said Sarah Blyth, founder of the Vancouver Overdose Prevention Site.

Blyth worked previously as an elected municipal park board member. She said she knows things can move very slowly at the city level, and many resolutions and initiatives end up being symbolic, advocacy postures by government. This one, she feels, is different.

"The city asked drug users, 'What do you need that will help you?' and this was their priority," Blyth said. "They listened to the community, I feel like they've listened to people, and it takes guts to be able to move forward on this kind of thing.

She said that for the substance users she works with on the frontlines, decriminalization "just means more protection for people" in the Downtown Eastside, particularly for people feeling harassed by police officers for having small amounts of drugs. Even though the police department has made drug possession a low-priority offence, those charges can be added onto others and tangle many people up in the criminal justice system for years.

"It's very important to change the law, because we should really be dealing with this as a health issue," Blyth said. "I do think the VPD understands that, in what they say, but it hasn't trickled down to their frontlines."

Blyth said decriminalization doesn't replace other needed measures such as expanding existing provincial safe supply prescribing during the pandemic — and "rehab on demand for people who want it" — but it's changing the law is one piece of the puzzle "that will make the big difference," she said. People also need safe access to medication, an end to societal stigma against substance users, voluntary treatment funding and options, and affordable, secure housing, she noted.

The city vote last Thursday came as the latest overdose deaths statistics releases with another record-setting month compared to the same periods in previous years. More than five B.C. residents have died every day this year, and in Vancouver that's one person killed by poisoned drugs a day.

Speaking in city council last week, the mayor — who sponsored the motion, which gained unanimous approval — said more work needs to be done to "end the stigma" against substance users, but decriminalization is a key step towards that.

"Over 300 of our neighbours have already died from overdoses this year," Mayor Kennedy Stewart told councillors. "This is just heartbreaking and unacceptable -- the folks that are overdosing and dying are our partners, our siblings, our children, our coworkers, and they're our neighbour.

"Council fully embraces that personal possession and the use of drugs is mainly a health issue, and it's time we fully embraced a health-focused approach to substance use," Stewart added. 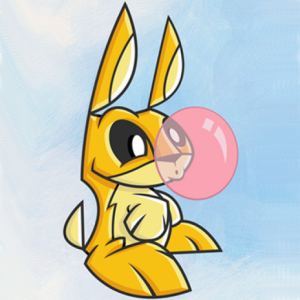